Furthermore, the two winegrowers also produce various sparkling wines here.
Kitzingen is one of the hottest and driest sub-regions in Franconia; in 2015, the highest temperatures in Germany were measured there.

In the monopollage, the namesake Kitzinger Wilhelmsberg, the subsoil consists of very stony shell limestone. The soils there warm up only slowly and then maintain the temperature for a long time. The plants can root particularly deeply there and the grapes still have restrained fruit despite their minerality. The vines grow at an altitude of about 220m.

In the Wiesenbronn Geisberg, on the other hand, the soils consist of gypsum keuper. They are softer, less stony and have a high magnesium content. The wines produced here are distinctly mineral. The site is located at an altitude of about 260m.

Gut Wilhelmsberg's portfolio of sites is rounded off by areas in the Escherndorfer Fürstenberg and the Escherndorfer Lump, perhaps the most important site in the entire Franconian wine region. The slope in the steep slopes here reaches a spectacular 70 degrees and the rich shell limestone soils at approx. 270m form a loop that forms a kind of protective shield against the wind.

While the wines from the Lump are rather powerful and concentrated, those from the Fürstenberg seem rather slimmer and more delicate. 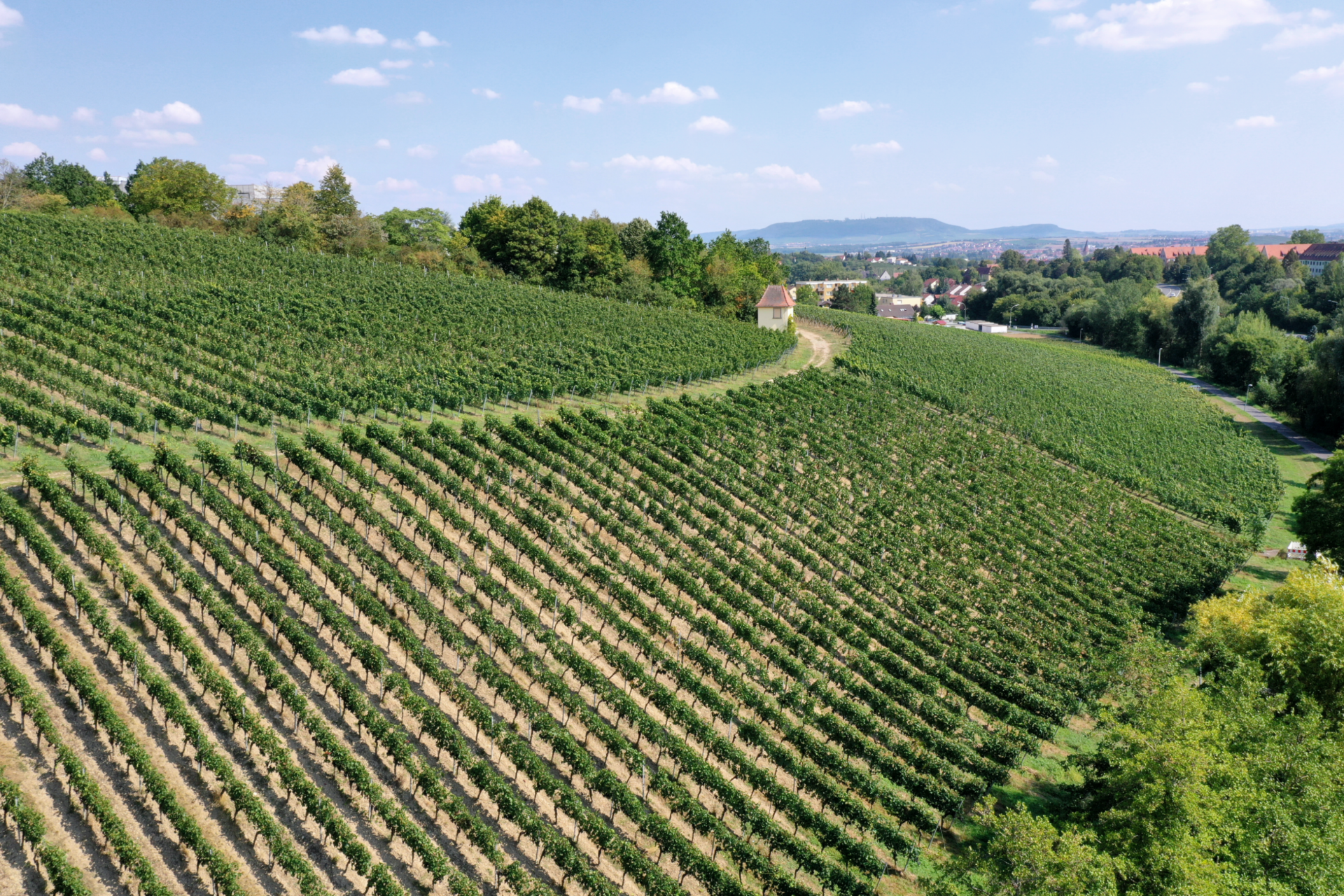