After the phylloxera disaster

When the phylloxera disaster destroyed the vineyards, the MP Joseph Ducos acquired the estate in 1877. He quickly realised that only grafting his own grape varieties onto resistant American rootstock could bring salvation. He planted 10 of the 13 grape varieties permitted today and inspired his neighbour, Baron Le Roy de Boiseaumarié, who made Châteuneuf-du-Pape France's first Appellation d'Origine Controlée in 1936. The Richard family of wine merchants acquired the estate in 1985 and has spared no investment - neither in vineyards and gardens, nor in cellars and buildings - to give it new splendour.

The access road to the cellar buildings and the château, lined with trees, winds for a long time between the extensive vineyards with their fascinating rolling pebbles reminiscent of rolls and loaves of bread. 60 of La Nerthe's 92 hectares of vines are around the château, the remaining 32 are on the highly rated Plateau de La Crau a few hundred metres above the estate buildings. They are divided into 57 plots, in which - spread over terraces and slopes - all soil types of the appellation can be found. Around the château, sandy, marl and clay-limestone soils dominate, rich in typical rolling pebbles.

On the plateau of La Crau - completely exposed to the often violent mistral - the dense clay layer under the rolling pebbles offers Grenache the best conditions to combine opulence and freshness. Mourvèdre demands wetter soils in the southern part of La Crau, where it matures perfectly, but its tannins retain outstanding finesse. Syrah adapts to different soils and contributes to the complexity of the wines with its nuances. But all 13 grape varieties of the appellation have been planted. The Clos de Beauvenir and Les Cadettes are the two historic vineyards below the Château.

The Clos is reserved for white varieties due to the higher limestone content, with Roussanne predominating - complemented by Grenache Blanc. The Cuvée des Cadettes is based on the oldest vines of the estate. The grapes from the Grenache Noir vines planted around 1935 are blended with Syrah and Mourvèdre, which are no less old. Estate manager Rémi Jean relies entirely on organic methods - without artificial fertilisers, weed killers, pesticides or insecticides - to obtain the best grapes. 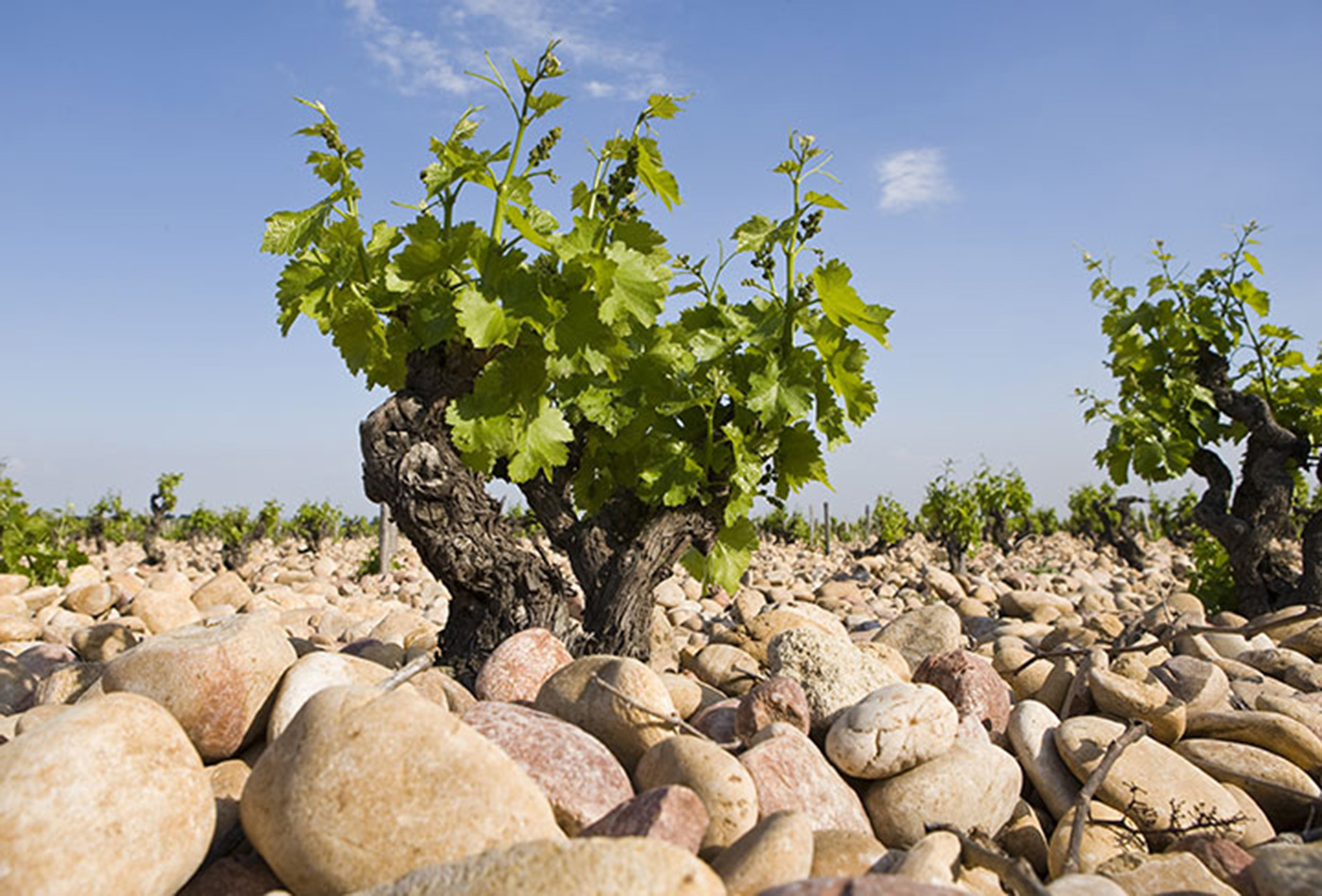 Rèmi Jean attaches particular importance to precise maturity. In practice, this means: he harvests as early as possible. Separated by parcel, of course. This is because the parcels are vinified separately in order to preserve the diversity of the four soil types - sand, clay, lime and rolled gravel - and the 13 grape varieties. The grapes are harvested by hand and then pass over the selection table. La Nerthe was the first estate in Châteauneuf to de-stem the grapes back in the early 1800s. And they have continued to do so. Depending on the terroir and the quality of the grapes, fermentation takes place in stainless steel tanks or wooden vats. We start with a cold maceration lasting 12 to 24 hours, followed by spontaneous fermentation with natural yeasts. During the fermentation phase, extraction takes place by pumping over or pigeage.

The aim is to obtain an optimum of aromas, elegant tannin structure and finesse. A matter of tasting and intuition. This is followed by a maceration period of around three weeks before the wines are filled into barriques, half-barrels, barrels or stone tanks for biological acid reduction. This is followed by twelve months of ageing - always further separated according to parcel. Only when each wine has developed its own character does Rémi Jean start the assemblage. Incidentally, since 2001 the wines have been bottled with their own coat of arms to emphasise the independence of La Nerthe.

Not many wineries in Châteauneuf-du-Pape have vineyards with the four essential soil types of the appellation. This is where Château La Nerthe's strength lies. Thus, the white and the red Château wines capture an overall picture of the most famous crus of the southern Rhône. However, an interpretation of its own, in which fruit, roundness and balance are the common denominators for the two colours, without diminishing the ageing potential.

In both cases, the blend is based on four grape varieties each, whose interplay guarantees a lot of harmony and finesse, while the lively soils contribute excitement and energy.

Top cuvées of the Châteauneuf

The two historic vineyards give the wines a very individual character. While many top cuvées in Châteauneuf score with a plus in power, those from La Nerthe offer a plus in finesse and complexity. This is due to the micro-terroirs of the Clos de Beauvenir and Cadettes parcels, but also to the choice of grape varieties and individually adapted vinification. The Clos, for example, shows significantly more minerality than the Château blanc, while the Cadettes cuvée stands out with a more refined tannin structure.

All four wines are among the best Châteauneuf-du-Pape has to offer:
Mediterranean Grand Crus, which fascinate with southern warmth and terroir-related depth, and which advance into further dimensions with ten and more years of bottle maturity. 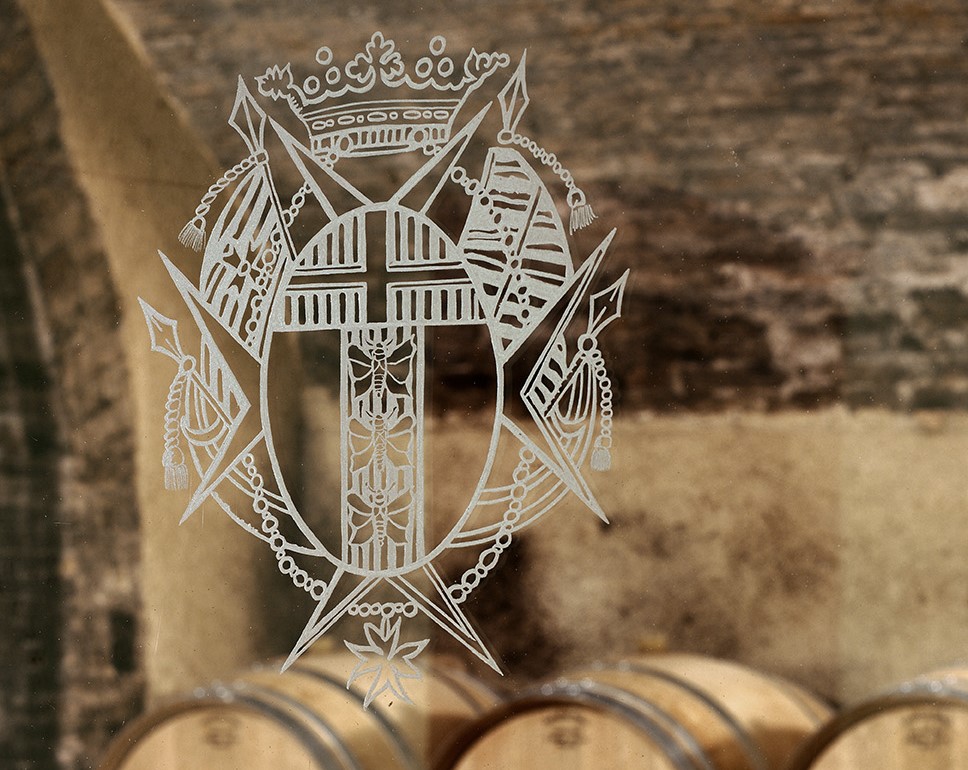